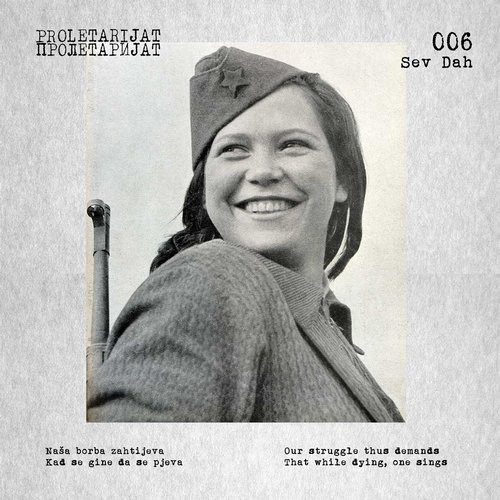 Our struggle thus demands
That when dying, one sings.

The woman featured on the cover of this sixth Proletarijat release is the nurse Milja Marin. This was a household portrait in Partisan circles, called Kozarcanka - ?woman from Kozara?. After the war, Milja said she had very little to smile about, nor did she want to carry a rifle. But she did it anyway. Our struggle thus demands, as the old Partisan song tells us.

With this release, Sev Dah continues to celebrate those who dedicated their lives fighting fascism. Two old-school techno beasts as a nod to those who came before us, finishing with a futuristic space-traveller on the B-side as a reminder that the fight never ends.