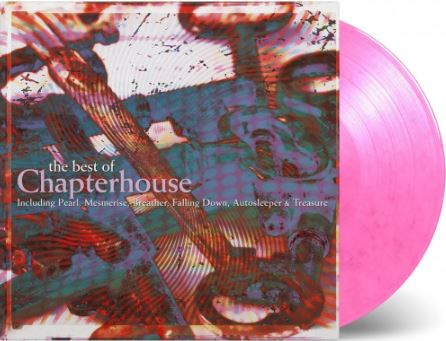 Chapterhouse ‎– The Best Of...

British shoegazing/alternative rock band Chapterhouse released two albums during their existence, Whirlpool (1991) and Blood Music (1993). Just before their reunion, which lasted from 2008-2010, they released their compilation album The Best Of Chapterhouse. It features tracks from both albums, non-album singles, and some songs which weren’t released before.  The 15-tracks album contains all of the most notable material by the band, like hit singles “Pearl”, “Mesmerise”, and “We Are the Beautiful”. Their critically acclaimed album Whirlpool gets the best share with 7 songs. The Best has just everything to offer from one of the most fascinating groups from the shoegaze scene.

The Best Of Chapterhouse is available as a limited edition of 1500 individually numbered copies on purple & pink marbled vinyl. The package includes liner notes by Michael Heatley