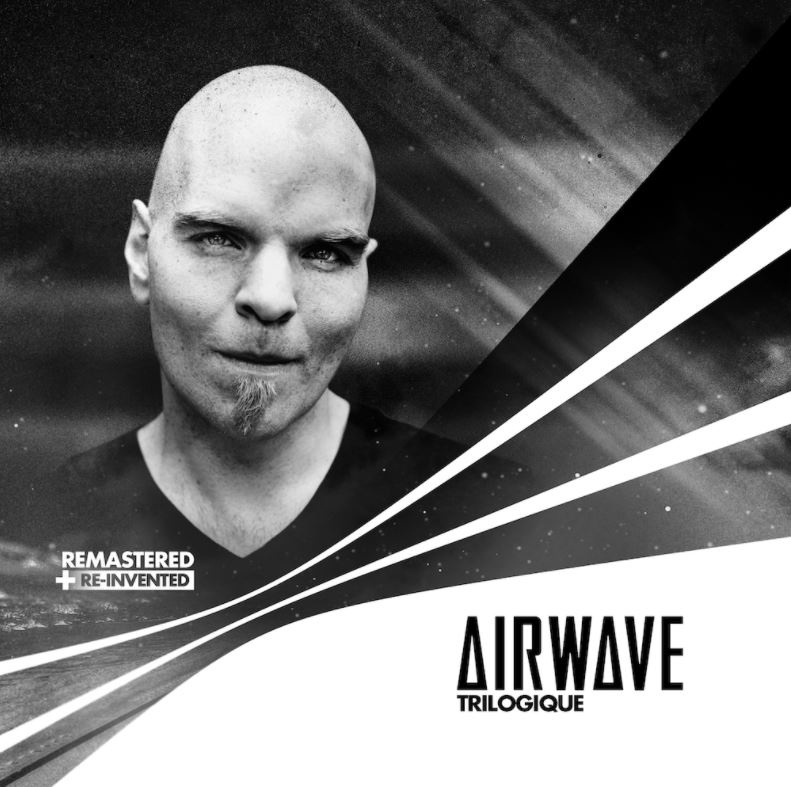 Brussels-based Airwave (official name Laurent Véronnez) needs no introduction to any Dance music lover globally.
Already at the age of 20, back in the 90’s, his records (especially his big hits Innerspace, I Want to Believe, Above the Sky, Alone in The Dark, Ladyblue, & Save Me) were being played by the biggest DJs on the planet with regular spins by the likes of Paul Oakenfold, Sasha, John Digweed, and a few newcomers from the Netherlands - Ferry Corsten, Tiesto, and Armin Van Buuren. Armin and Airwave collaborated on two great tracks, including the smash hit Sunspot.

In the business for more than two decades and among those still at the top of their game, Airwave has a voluminous discography under various aliases over the years such as Airwave, Lolo, Planisphere, The Green Martian, and many others. To put it simply, Airwave is part of the roots of the development of Progressive Club Music.

His first three albums - I Want to Believe, Touareg, and the acclaimed Trilogique - are often among people’s favorite albums throughout the emerging scene until now.
Airwave has done countless productions, remixes, as well as collaborations with the likes of Above & Beyond, Andy Moor, Sunscreem, BT, Markus Schulz to name just a few.

In the past decade, Airwave has decided to dig deeper into the sound of Progressive and developed a new subculture together with his colleague John 00 Fleming, and forged a new path and sounds alongside the Underground Dance scene. The culminating point of this move was the release of Parallel Lines, Airwave’s 4th artist album at the end of 2013, and a number of incredible Progressive tracks including: Tigris and Euphrates, Gaijin, Sadness in Black and White, A Touch of Grace, and many others. In addition, during this time Airwave started his long term collaboration with French artist Phi-Phi, an icon of the Progressive House culture since its early days, and co-produced releases such as Back on Track, A Breeze on the Nile, ... Celebrating 20 years in style, Airwave recently released several albums including a retrospective 20 Years Airwave, followed by Progressive, Ambient and Classical Reworks, the last for which a beautiful making of Documentary was made.

As a sought after DJ, Airwave has played some of the world’s most famous venues and stages and has toured on all continents (except Antarctica!). He is a Tomorrowland regular with 11 appearances including the main stage at Belgium’s world famous festival, he has played the Progressive Stage at ASOT, spun at the Ministry of Sound, been featured at Ibiza, and crisscrossed Asia, Australia, the United States, Canada, and Europe with packed tour schedules.

In parallel, Airwave is also a well known Sound Designer and has developed a myriad of products which helped other producers fast track their own creative paths. His sounds and samples are highly prized by top DJs from all over the dance music industry including Ferry Corsten and Japan’s finest DJ Ken Ishii, as well as the jazz great Herbie Hancock. His work includes especially his Spectrasonics Omnisphere packs - which have become essential releases for many, his Triloops sample libraries published on Loopmasters - which can be heard on the tracks of many artists, as well as his work for Brainworx/Plugin Alliance in the form of presets for their classic emulations of the Knifonium and Oberhausen synthesizers.

However, Airwave is especially proud of his work with Korg and the classic Wavestate Synthesizer, which ships with his factory performances, and marked the start of a long term and continuing relationship between Airwave and Korg USA.

In 2020, Airwave has released several EPs - Those Silent Hills, Today is Made of Yesterdays, Flying Paper Planes, Atmospheres under his band alias Planisphere, as well as Trilogique Re-Invented, and is also exploring new directions taking cues from his heroes such as Ólafur Arnalds, Nils Frahm and Aes Dana.

In addition, he has further developed his talents and delved into film scoring, with a few projects which will be released in late 2020.

Many consider Airwave’s music timeless. He has been called a “Genius” by none other than Armin Van Buuren and by many others a Legend, who has played and continues to play a key role creating the modern sound of underground Dance music and beyond.