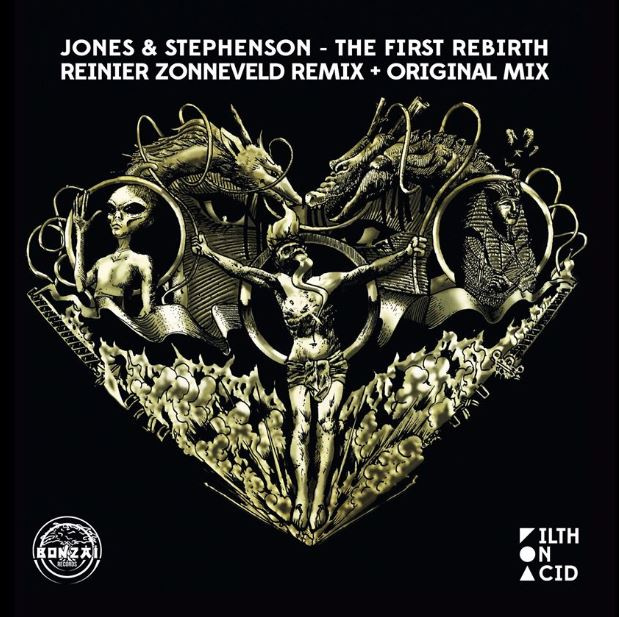 One of our most celebrated and remixed tracks gets a fresh new remix for 2020. The First Rebirth is given the knob twiddling treatment by Reinier Zonneveld, head honcho over at Filth On Acid with whom we collaborated last year on Universal Nation and, as before, you can expect to see this banging slice cut to 12” vinyl alongside the Original Mix on the flip. Reinier started classical piano lessons at just 3 years old. Years later he started to compose his own pieces, but after attending many illegal raves, he started exploring electronic music production. Spending all of his student allowance on his first synthesizers, he managed to teach himself his outstanding production skills in his student dorm. After completing two master’s degrees in 2015, he decided to dedicate all of his time and effort to his ever-growing passion: producing and performing techno music. Soon after, his tracks were already getting picked up by some of the biggest names in the scene. In 2017 he founded Filth On Acid. The label gives him full creative control and serves as a platform for his wide view on techno music. His successes include Beatport overall No.1 smash, Things We Might Have Said, which featured on his well-received artist album Megacity Servant and was also licensed to a Hollywood production. Next to this and the numerous amounts of releases from his hand, he collaborated together with Carl Cox and released two official remixes for Moby.

The remix sets off with a huge, thumping kick drum and slicing hi hats to the backdrop of an intense ambience. That ever familiar melody starts to fade in, teasing us alongside lush bass stabs. A short break reveals more of the melody before those slamming kicks return and take full control once more. The main break takes us right back to the old skool as the melody is unleashed, complete with those infectious vox sounds. The energy levels rise as we head to the climax where a raucous snare roll takes us over the edge and back to full-on mode. A top-notch techno joint that will rock the floors, no doubt.